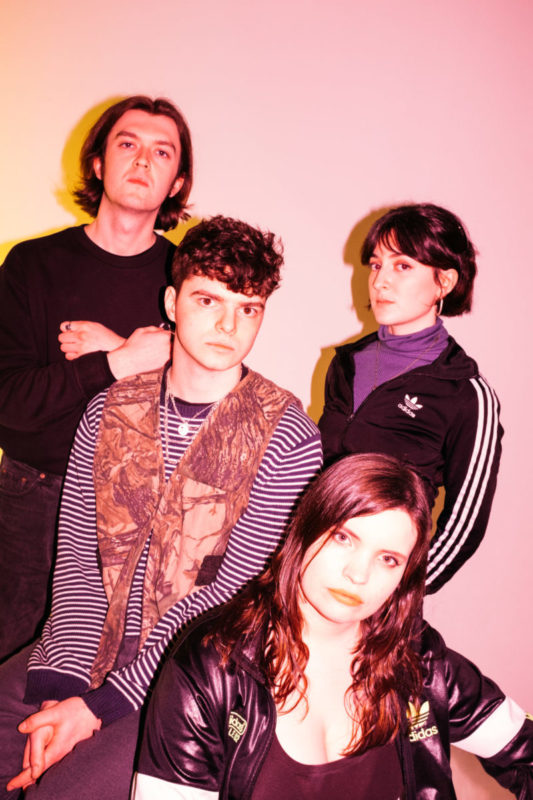 “Fear Fear documents the last two years. Yes, there is bleakness – but there is also hope and empathy.”

A pumped-up, amped-up electro-choral shout-out with stabs of Peak Depeche. “Misery is bliss to me / I love you now you’re dead you see / Lust was easy until you died now I fuck inside my head but not outside.” The track is Minsky-Sargeant’s empathetic reach out to those left lost by recent life, literally or metaphorically.

✹ LISTEN TO WIDOW AND WATCH THE VIDEO HERE ✹

‘Fear Fear’ will be released on July 15.

Making the busy feel finessed and the dreadful feel magical – ‘Fear Fear’ manages those feats, and then some. Or, as Syd Minksy-Sargeant puts it: “We just set out to make the best-sounding album we could.”Fear Fear was produced by Ross Orton (Arctic Monkeys, MIA, Tricky) and recorded at Orton’s studio in Sheffield.

Available in several special edition formats, the artwork for the album has once again been designed by World Wide Wonder who created the award winning designs for the bands debut.

This summer Working Men’s Club play a run of festival in the UK and abroad before embarking on a European tour later on this year.